From Earth Science Information Partners (ESIP)
Revision as of 23:47, November 8, 2006 by Rhusar (talk | contribs) (→‎Tentative Observations and Implications of the Analysis)
(diff) ← Older revision | Latest revision (diff) | Newer revision → (diff)
Jump to:navigation, search
This is an interactive wiki page for collaborative content creation.
To edit or discuss this page, it is preferred that you log in.
Edit pages by clicking the edit tab. Practice editing in the Sandbox.
Discussion for this page 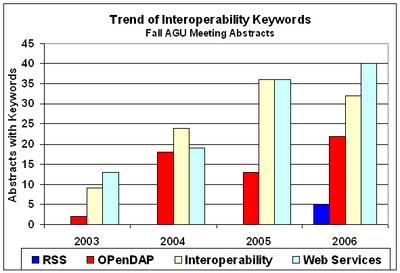 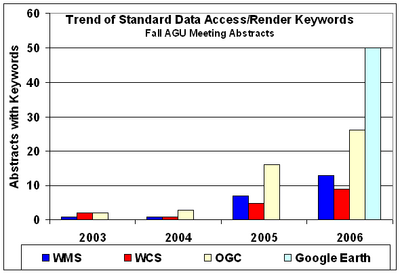