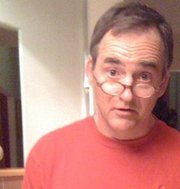 Ted Habermann is the Director of Earth Science at The HDF Group and is interested in many aspects of data management and interoperability. He is the co-chair of the Documentation Cluster and many of his contributions to the ESIP Wiki are focused on international metadata standards.

Dr. Ted Habermann (officially known as Ray E. Habermann) joined NOAA’s National Geophysical Data Center (NGDC) during 1987 interested in using earthquake catalogs for predicting large earthquakes. Since that time his focus evolved towards data management and sharing through a variety of projects. He left NGDC during March 2013 to join the HDF Group as Director of Earth Science. His email is now thabermann@hdfgroup.org.

The earthquake prediction problem required comparing many earthquake catalogs. Of course, they were all in different formats, so Ted came up against the interoperability problem early. He addressed the problem using a simple description language that he invented called FreeForm. Eventually the data access tool written using FreeForm (GeoVu), was used to provide multi-platform access to some of the first CD-ROM data collections, including data for the Decade of North American Geology and a collaborative NOAA / NASA Pathfinder Project CD-ROM. Ted shared many ideas and goals with the DODS (OPeNDAP) Team in those days and FreeForm is now managed by OPeNDAP as one of the OPeNDAP server formats.

Ted was in the right place at the right time - working with NASA, NCSA, and many international partners as part of the CEOS Data Format Working Group when HDF was selected as the standard format for EOSDIS. He was working with the HDF group at NCSA when they left to form Netscape. He found out about the web when there were only a handful of web sites in the world and his group installed the first web server in NOAA at NGDC. Ted and his team quickly adapted their CD-ROM experience to the web and never looked back.

Ted has always recognized the importance of science education and started working with the Global Learning and Observations to Benefit the Environment (GLOBE) Program before it adopted the web as a delivery tool. He demonstrated interactive web access to satellite and in-situ data to the director of GLOBE, and then joined the program as Director of Systems. He worked with NASA and many talented teachers to facilitate the GLOBE transition from CD-ROMS to static graphics to databases and interactive graphics on the web. This program played an important role in the introduction of the Web into schools around the world. Ted later continued this interest as a member of the Steering Committee for the Digital Library for Earth System Education (DLESE).

Ted has recently been working on a number of projects that integrate geospatial databases, international documentation standards and internet mapping. His group at NGDC manages the NOAA Metadata Manager and Repository (NMMR) that includes metadata for several thousand datasets produced and stewarded by NESDIS and the NOAA Data Centers. These records are provided in multiple standards (FGDC, DIF, NcML, THREDDS, and ISO) and views (FAQ, Text, HTML). Recently Ted has been working with a number of groups around the world on adoption of International (ISO) Metadata Standards. He has co-authored guidance on these standards for the World Meteorological Organization Information System, the Next Generation Air Transportation System (NextGen), NOAA Global Earth Observation - Integrated Data Environment (GEO-IDE), the Geostationary Operational Environmental Satellite-R Series (GOES-R) program, the Metadata Evolution for NASA Data Systems, the Open Geospatial Consortium, and the Office of the Federal Coordinator for Meteorology (OFCM). He is also participating in the ISO TC/211 Working Group that is currently revising these standards.

Dr. Ted Habermann is currently the Director of Earth Science at The HDF Group. In addition to leading the group, Ted is working with the NASA Earth Science Data and Information System, the National Science Foundation, and many other U.S. and International groups to help facilitate the adoption ISO Standards for metadata and data quality. He leads ISO Technical Committee 211 working groups that are developing XML schema for the implementation of these standards. His vision is interoperable documentation for earth science datasets from many disciplines and locations. Many of his metadata presentations are available at slideShare.

He previously worked at NOAA’s National Geophysical Data Center (NGDC) in Boulder, Colorado on a number of interoperability projects and international documentation standards. His group at NGDC developed and managed the NOAA Metadata Manager and Repository (NMMR) that included metadata for several thousand datasets produced and stewarded by NESDIS and the NOAA Data Centers. These records are provided in multiple standards (FGDC, DIF, NcML, THREDDS, and ISO) and views (FAQ, Text, HTML). More recently, Ted has focused on the challenges associated with evolution of organizational documentation systems and processes. Ted was a principle author on the recently approved NOAA Documentation Directive and participated in the Metadata Evolution for NASA Data Systems (MENDS) Project. Ted and his group have been active in the creation and sharing of ISO metadata for NESDIS, the NOAA Office of Climate Observations, the NOAA Observing System Architecture (NOSA), the GOES-R Project, the Integrated Ocean Observing System (IOOS), the Group for High-Resolution Sea Surface Temperature (GHRSST), Data.gov, and the World Meteorological Organization (WMO). This work has included translating several thousand metadata records from FGDC to ISO using several approaches, developing and sharing of ISO best practices, and participation in developing and implementing revisions to the ISO Standards. Recently Ted and his group have worked closely with NOAA's Unified Access Framework, Unidata and OPeNDAP to add ISO metadata capabilities to THREDDS and Hyrax Servers using a tool called ncISO.

Dr. Ted Habermann worked for years leading a variety of data management and access projects at NOAA’s National Geophysical Data Center. He is now the Director of Earth Science at The HDF Group. Ted is a well-known advocate for integrated data and metadata standards and leads ISO development efforts in metadata and data quality. He works with NASA’s Earth Science Data And Information Systems Project and many others on technical and organizational adoption of data and metadata standards. He is the Principal Investigator on an NSF Data Infrastructure Building Block (MetaDIG ) working with communities to help evaluate and improve metadata. He is on the core team for Metadata 2020 and leads the Metadata Evaluation and Guidance Project.