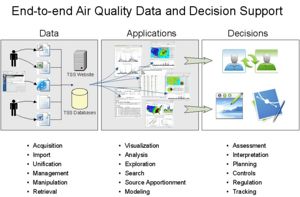 Below is the WRAP DSS Architecture slide Neil and I were discussing during last week's call. The idea is that it conveys in a simple means the steps from raw data to inteegration/manipultaion and finally tro decision making. We would use this as a guide for the braek outs to focus on the left and center portions of the diagram. Anyawy...I'd like to use today's call to flesh out soem specifics/questions/gyuidance for the day 1 breakout groups. Rudy/Terry...and all.(David, Phil...Nick, ...) ..join if you can...originally just Joe and I were going to workk with Louis behind the scenes on some of these steps...but chime in if you can...if nothing else, it will keep you apprised of what is going on...

Data Summit Table - Word Doc
I expanded the table a bit, but not too much. I mainly look at it as link, that definitely needs to be maintained from am day one to pm day one to day two. It can be polished a bit as needed.

This could be one of the items handed to the breakout sessions for completion during its individual discussion. The (my kind of half-baked) idea it to use this to "tie" things together. Under each "business topic" category, the groups would identify which raw data systems and which data processing centers are most important via this table. Then, the group would discuss, theoretically, which of the chosen attributes are most important in summation when we begin talking about a "system of systems." {There may need to be more than one of those depending on application...which is what we want to discuss and best to streamline that :-) ). Those thought would go in the colored row at the bottom of each of the table subsections. Talk could even be focused on whether any data processing center that is existent and mature now can handle many of the attributes that we arrive at for each "business topic." Then the discussion can expand, as possible and do-able, to streamlining techniques across all the business topics. Beyond that, a few other points:

Joe, As we discussed on the phone this morning, the wiki has been updated with links to the "modular" wiki pages containing the Data Summit content. Please take a look at the wiki and workspace to see if this is what you envisioned.

Each individual wiki page (e.g., participants, agenda, etc.) should now be "shared" between the Workspace and Wiki so any changes to those pages are reflected in what people see whether they're coming from the workspace or wiki. The particpants page would need to be updated with your latest list. The documents listed on the wiki page are not yet all reflected on the workspace but will be.

Stefan, Thanks! This looks good. I especially like the new "front page" with links to all the workshop components. Couple of comments:

Rudy is working on a project for me and I have invited him to make a few 90 minute data-summit related presentations to EPA on Monday Feb 11. Topics will include DataFed - indepth overview; and Exceptional Events analysis, as a DataFed application.

I am also thinking that a more substantive presentation to EPA about RSIG and maybe VIEWS would also be good to include that day.

Rich was going to send out an preliminary announcement last week but it apparently didnt happen. :-)

Just wanted you to know in case you want to come a day early and to tentatively block time on your calendar. I will send out more details later.

Here is a summary of the scheduled meetings for Monday Feb 11 in class room C112. For those who cannot attend, we are seeing if the sessions can be recorded for subsequent viewing on the web.

Hi Joe, We would like to add the reports from the Data Summit Breakout Sessions to the wiki workspace. Could you ask the note takers to send me (emr1@wustl.edu) a word doc or to post their notes directly to the breakout session pages they belong to? Thanks - Erin

Erin, After discussing your suggestion with Rich and a couple of the notetakers, we think that it would be best to wait for the Ross report for the breakout session summaries. The major points were captured on extensive flipcharts which are being summarized by Louis/Rob and will be a much better representation of those sessions than the somewhat scattered other notes that were taken. We hope that those summaries will be available in about two weeks. Thanks for staying ahead of the curve! The wiki site looks really good.

Jon Miller found an error in his original presentation and provided a correction. Please place the corrected attached file on the wiki. Also, I noted that the indicated participants for the breakout groups are from earlier draft lists. The second attached file contains the lists that we posted at the meeting; so an update to the wiki would be appreciated. Thanks!

Finally, I note that there isn't a presentation for the DAAC's since the folks from NASA couldn't make it to the meetiing and the replacement presentation was ad hoc. I will see if I can get something to fill in.

Rudy, Stefan, Looking at the wiki pages that were generated for the AQ data summit, there has been ~0 activity since the summit. Actually, I have tweaked the Airnow page, but that it is it. This is not surprising, but it demonstrates that we certainly don't have much momentum on building a wiki that helps users figure out what is there, etc.

Here are my questions:

David, Yes, the post-workshop lull. It is a usually a challenge to maintain the energy involved in coming together for a workshop. The workshop raised some common themes (community-driven activity, metadata creation/use, move toward standard SOA interactions, ...) that could serve as rallying points for at least subsets of the Summit participants. Some of the Summit breakouts had suggested meetings to move forward (e.g., identify the core standards a data provider needs to join the network). While those meetings are being organized, perhaps initiating the discussion through wiki/email/other could help maintain the momentum.

The profiles were one of the Summit successes created by most, if not all, of the participants. One possible next step is to begin capturing the interaction among the projects. We started this through a matrix (http://wiki.esipfed.org/index.php/Data_System_Connectivity_Matrix) but it has proven difficult to edit and is not "community friendly." Google Spreadsheet has added some features since we last looked at it that may make it more attractive. Perhaps there is a better way than an online spreadsheet but, in any case, it seems trying to define those connections as they are now and then assess how they might be improved would be useful in maintaining the community energy and preparing for a response in anticipation of Terry's AMI RFP.

I agree, the wiki material created for the Summit should be reconfigured so that it doesn't appear to only pertain to the Summit. A combination of form-based and free form pages might be a good approach to accommodate both content input as well as content discovery. How that mix is defined would need some thought.

Yes, please raise these for discussion Friday. Please add to the topic list/agenda on the telecon page: http://wiki.esipfed.org/index.php/AQCluster_Telecons

In response to David's comment about how to keep people going on the wiki I have added a new page on general wiki resistances. I have started it with some of my own issues, please add others.