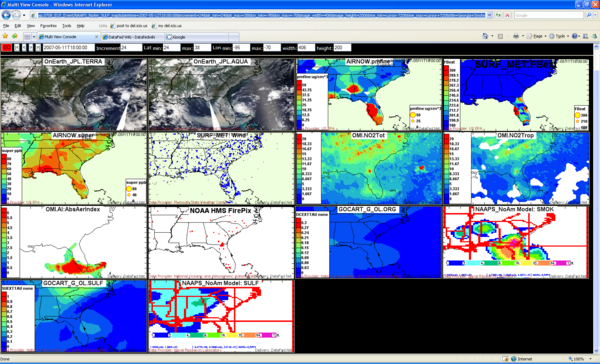 By scanning the harvested resources (blogs and videos) deamed relevant to event analysis were tagged in del.icio.us. This added an additional human selection beyond automatic harvesting.

The part "]" of the query was not understood.</br>Results might not be as expected.

Retrieved from "https://wiki.esipfed.org/w/index.php?title=070420GeorgiaSmoke&oldid=42934"
Categories:
This page was last edited on February 28, 2013, at 14:45.
Content is available under GNU Free Documentation License 1.2 unless otherwise noted.
Privacy policy
About Federation of Earth Science Information Partners
Disclaimers