< Back to GEOSS AIP AQ Scenario

Purpose: Testing and demonstrations of interoperable services in the context of specific Scenario

The Scenario, as per GEOSS

This wiki and the Feb 4, 2008 ISPRA meeting are part of Scenario Development Process

The Call for Participation invites GEO Members and Participating Organizations to:

About GEOSS System of Systems 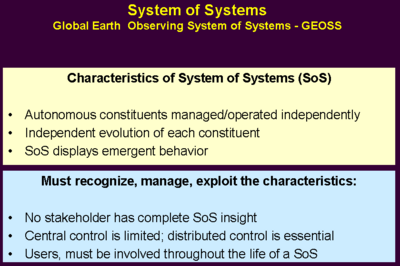 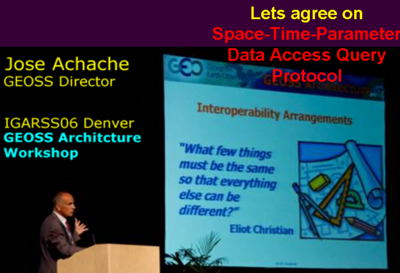 Retrieved from "https://wiki.esipfed.org/w/index.php?title=GEOSS_AIP_Pilot_Scenario_Development_Proccess&oldid=15797"
This page was last edited on May 9, 2008, at 12:14.
Content is available under GNU Free Documentation License 1.2 unless otherwise noted.
Privacy policy
About Federation of Earth Science Information Partners
Disclaimers