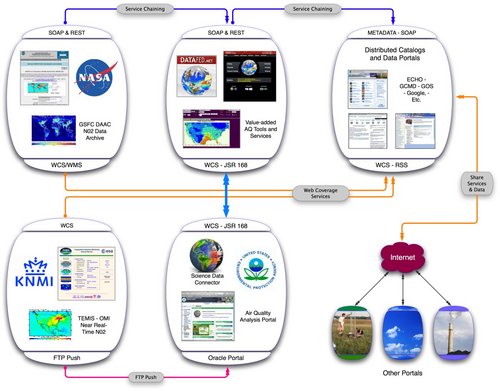 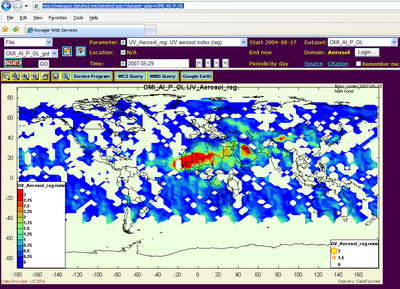 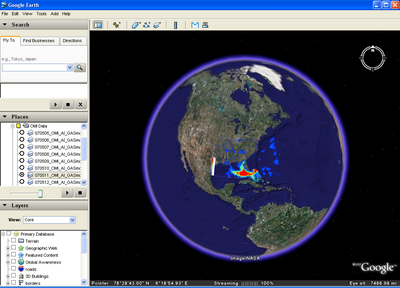 The images below show our initial attempts to the first stream, deliver the data through the Google Earth interface. 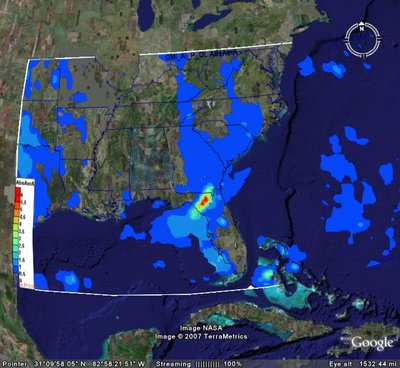 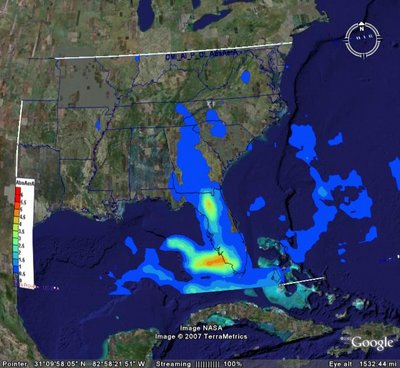 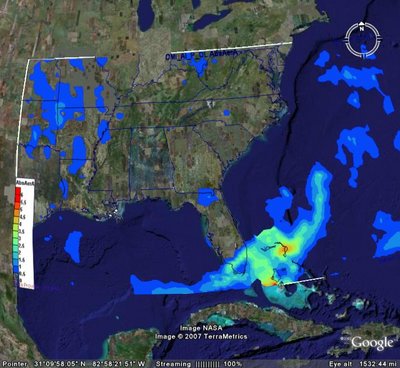 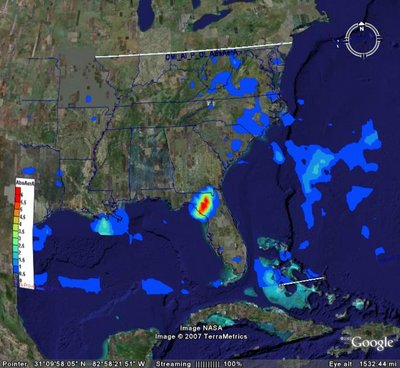 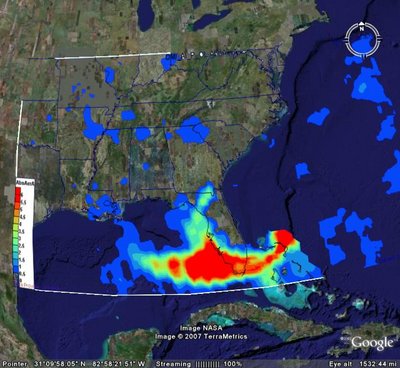 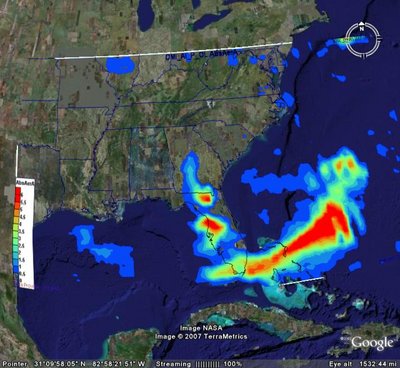 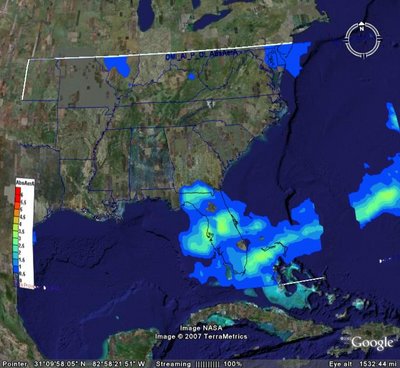 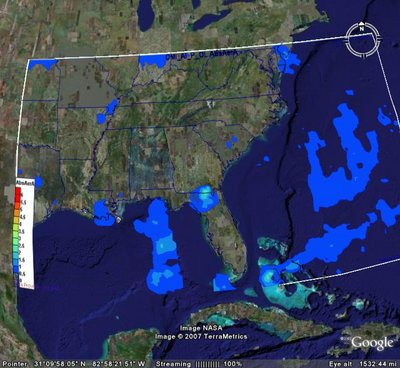 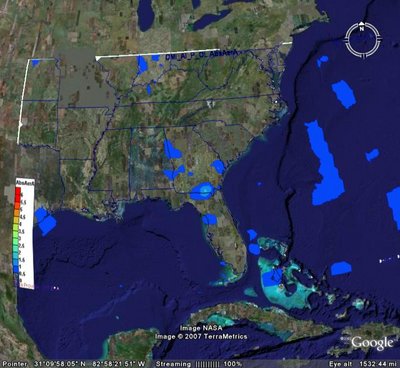 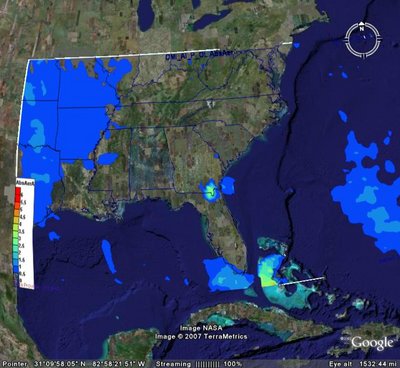 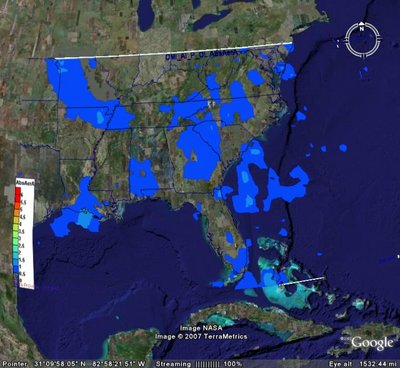 Retrieved from "https://wiki.esipfed.org/w/index.php?title=2007-07-22:_OMI_Applications_and_Data&oldid=9805"
This page was last edited on September 19, 2012, at 07:26.
Content is available under GNU Free Documentation License 1.2 unless otherwise noted.
Privacy policy
About Federation of Earth Science Information Partners
Disclaimers