Semantic web technology is becoming ever more important in Earth Science applications in a number of diverse roles. Furthermore, it is likely to become an even more important enabler as ambitious data science efforts, such as the Earth Cube initiative and ESIP's own Earth Science Collaboratory, more forward. These enterprises seek to make it easier to bring disparate datasets together as well as disparate disciplines and even communities in an effort to leverage our burgeoning data in the service of understanding the Earth as a system. As these various resources and the communities leveraging them diversify, the need for semantic technology to help users navigate the sea of resources becomes more apparent. Indeed, this role in discovery is acknowledged in the key capabilities determined through the first EarthCube Charrette.

Many such applications use underpinned by semantic technology, with the result that its value is not always readily apparent. In this short white paper, we discuss several ongoing or completed projects and applications that use semantic web as an underpinning in order to raise awareness of this critical technology.

The Data Quality Screening Service (DQSS) is designed to help automate the filtering of remote sensing data on behalf of science users. Whereas this process today involves much research through quality documents, followed by laborious coding, the DQSS acts as a Web Service to provide data users with data pre-filtered to their particular criteria, while at the same time guiding the user with filtering recommendations of the cognizant data experts. Data that do not pass the criteria are replaced with fill values, resulting in a file that has the same structure and is usable in the same ways as the original (Fig. 1).

Fig.1. Data Quality Screening Service showing a data array before screening, the quality criteria mask used for screening and the data array after screening. The scene is for Total Precipitable Water over Hurricane Ike on 9 September 2008. The figure on the left shows anomalously dry areas on the east side of the hurricane; however, these turn out to be low quality retrievals (center) and thus are removed from the data array by the screening process.

At the core of DQSS is an ontology that describes data fields, the quality fields for applying quality control and the interpretations of quality criteria. This allows a generalized code base that can nonetheless handle both a variety of datasets and a variety of quality control schemes. Indeed, a data collection can be added to the DQSS simply by registering instances in the ontology if it follows a quality scheme that is already modeled in the ontology. This will allow DQSS to scale to more data products with minimal cost.

Following these principles results in structured data with explicit semantics. As a result, data from different sources can be connected and queried. Earth and Space Science Informatics Linked Open Data (ESSI-LOD) is a project aimed at creating Linked Open Data within the Earth and Space Sciences. Initial data sets to this project include historical conference data from the American Geophysical Union (AGU) as well as membership and meeting data from the Federation of Earth Science Information Partners (ESIP). Many members of the Earth science community participate in both AGU and ESIP, and there are many implicit relationships between the groups. However, answering questions across the two organizations has been difficult due to data being stored in proprietary and non-interoperable formats.

ESSI-LOD created Linked Open Data to alleviate these limitations. We converted 7 years of AGU conference data (2005-2010)and 5 years of ESIP membership/meeting data (2007-2011) into RDF and exposed it as Linked Open Data. Links between the data sets were made at the person level where we identified identities between AGU authors and ESIP members. Exposing LOD has opened the data to cross-organizational question answering, collaboration discovery, analysis of trends, and insight into the underlying social network. Moreover, LOD is scalable and easily affords other organizations the ability to link their LOD data to ESSI-LOD - thus further extending data fusion and querying capabilities.

The benefits of ESSI-LOD have been enabled by simple semantic web principles and reusable vocabularies. These semantic web technologies have facilitated rapid browsing (Figure 1), querying, visualizing (Figure 2), and extensibility not easily obtainable with the original data sets. 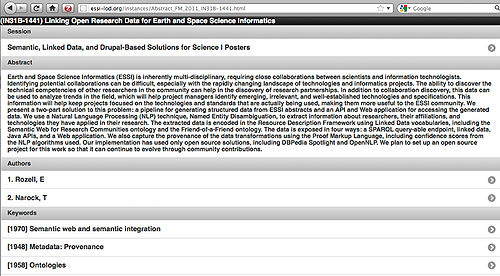 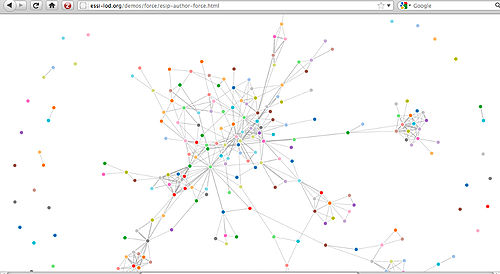 OPeNDAP's Hyrax Data Server produces RDF for each of the datasets it serves. Because the RDF response document is produced on-the-fly from the DAP2 XML representation of the dataset, this feature is available for any dataset served by Hyrax without any configuration by the data provider.

The RDF document may be accessed using the HTML 'directory' pages produced by the server (see Figure 1.) or it may be accessed by appending the suffix .rdf to the pathname component of the dataset's URL. Example: For the COADS Climatology dataset, the service endpoint URL is http://test.opendap.org/dap/data/nc/coads_climatology.nc and by appending .rdf, you can access the RDF document describing that dataset: http://test.opendap.org/dap/data/nc/coads_climatology.nc.rdf. In fact you can gets lots of information from the service endpoint URL by appending different suffixes like .ddx or .html (Try it, it's fun!). 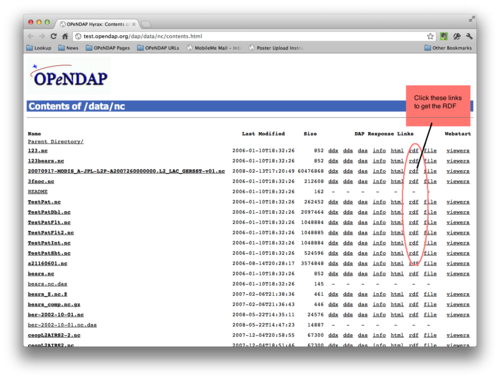 We've been working with two use cases; one involving assessments of sea ice conditions in the arctic from a transportation safety viewpoint and the other from a view to improving the characterization of albedo for models. However, we hope to explore how to incorporate the knowledge and perspectives of Arctic residents in later stages of the project.

Over the first year of the project we've concentrated on the transportation use case and in particular on the "egg codes" (see Fig. 1) that are used on ice charts by the national ice services around the world to communicate the state of the ice and the Sigrid 3 data format that is used to digitally transfer this knowledge between services and end users. Towards that end, we've developed a number of ontologies that model some aspects of the sea ice terminology of the World Meteorological Organization (WMO) as well as "egg code" and "Sigrid" ontologies that allow NSIDC's Sigrid 3 formatted data to be transformed into linked data. 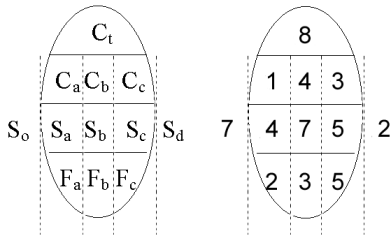 Figure 1. Diagram depicting the Egg Code. The letters in the egg code describe the sea ice concentration in tenths (C); stage of development (S) such as first year ice, second year ice, etc.; and form (F) such as medium floe or brash ice. 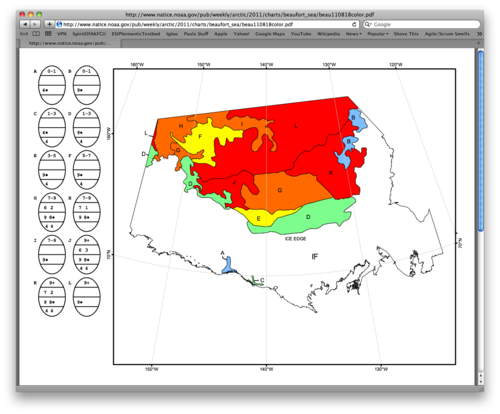 Figure 2. An example ice chart depicting the operational use of the "egg code" by the US National Ice Center (chart from the Beaufort Sea on Aug. 18, 2011). 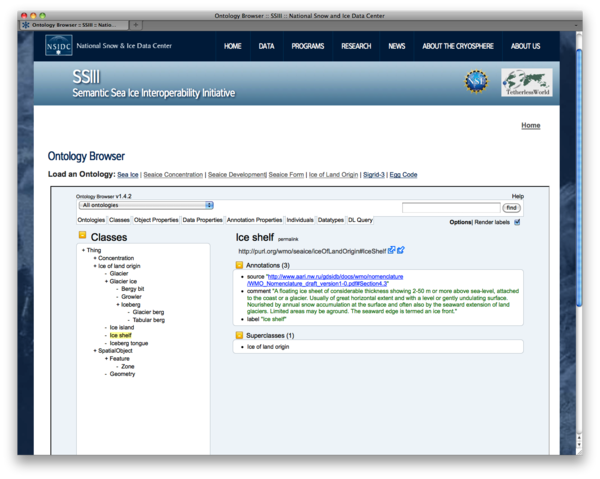 One of the main issues with the semantic web is the need for developers to capture and model information from experts within a field and display that in a manner that will allow those or other experts to review and comment on the semantic models generated without having to learn XML, OWL, or any other semantic technology. This is particularly true in our case where the expertise is literally distributed world wide. To facilitate this review, NSIDC installed and tailored a copy of the Manchester Ontology Browser.