Summaries of the Volcano[edit | edit source] 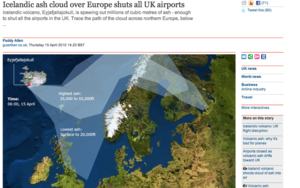 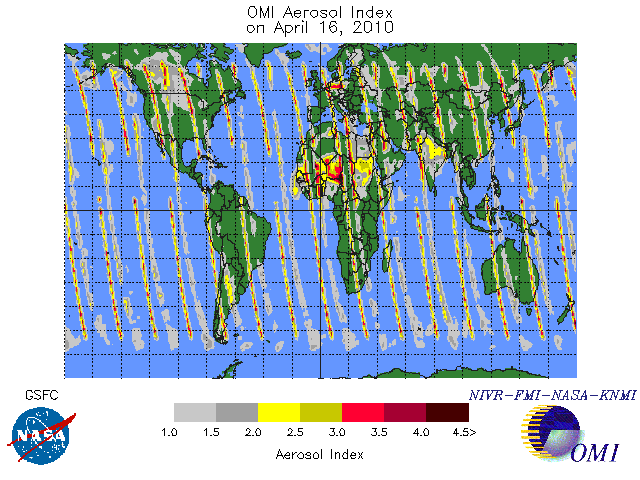 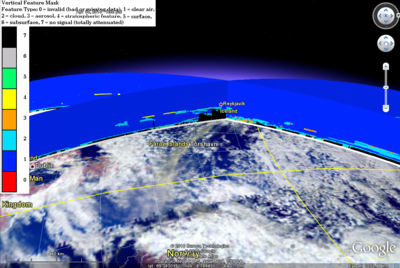 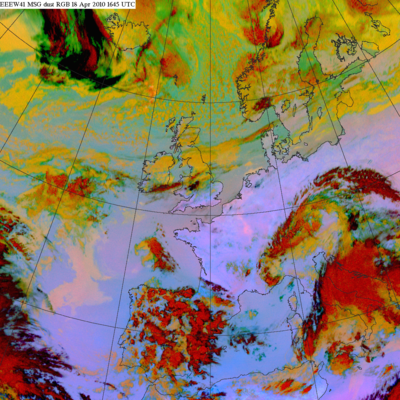 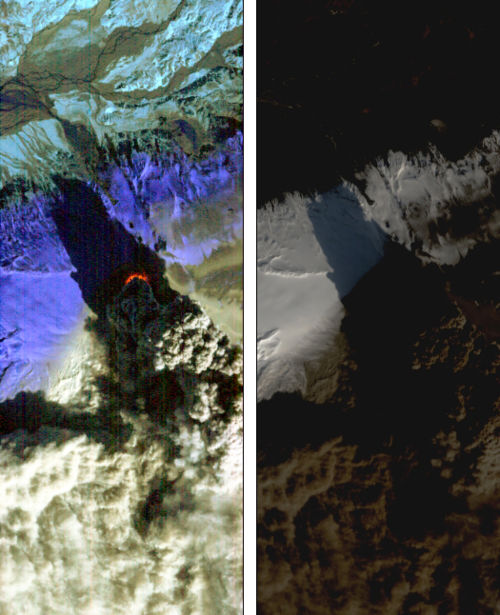 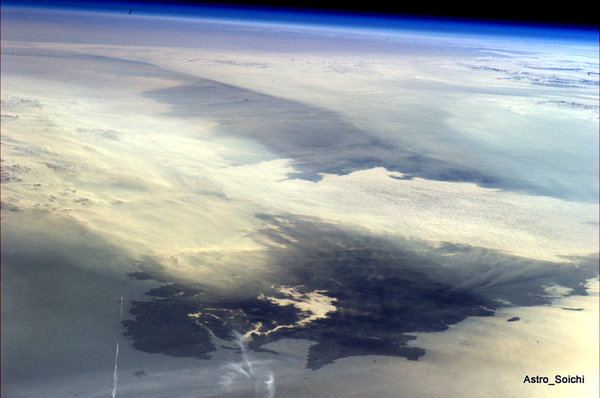 This Advanced Spaceborne Thermal Emission and Reflection Radiometer (ASTER) expedited view of the Eyjafjallajökull Volcano was acquired at 12:51 UTC on April 19, 2010 from a 705-km altitude on the Terra spacecraft. The image was generated using ASTER registered radiance at the sensor data, with visible and near-infrared (VNIR) bands simulating natural color. The ground resolution is 15 m. A billowing white and gray plume emanating from Eyjafjallajökull is visible drifting to the south and covering a large area. Expansive snow-covered areas appear white. Vegetation is visible in shades of green, with water dark blue. A density slice overlay using 90 m ground resolution thermal infrared (TIR) band 14 at 10.95 to 11.65 µm wavelengths approximates relative temperatures. The hottest pixels are portrayed in yellow, representing the highest TIR band 14 digital numbers in this scene. While still hot, the TIR pixels colored orange and red are at relatively lower temperatures. Another hot area representing an earlier and now-cooling flow is evident northeast of Eyjafjallajökull at Fimmvörduháls.

For more information on ASTER see: 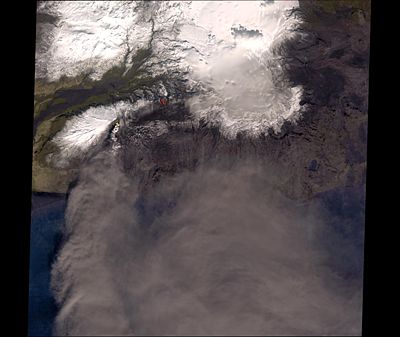 Air Quality Now EU Map - Failed to load RSS feed from http://www.airqualitynow.eu/rss.php: There was a problem during the HTTP request: 404 Not Found

Other - Have data to share?[edit | edit source]